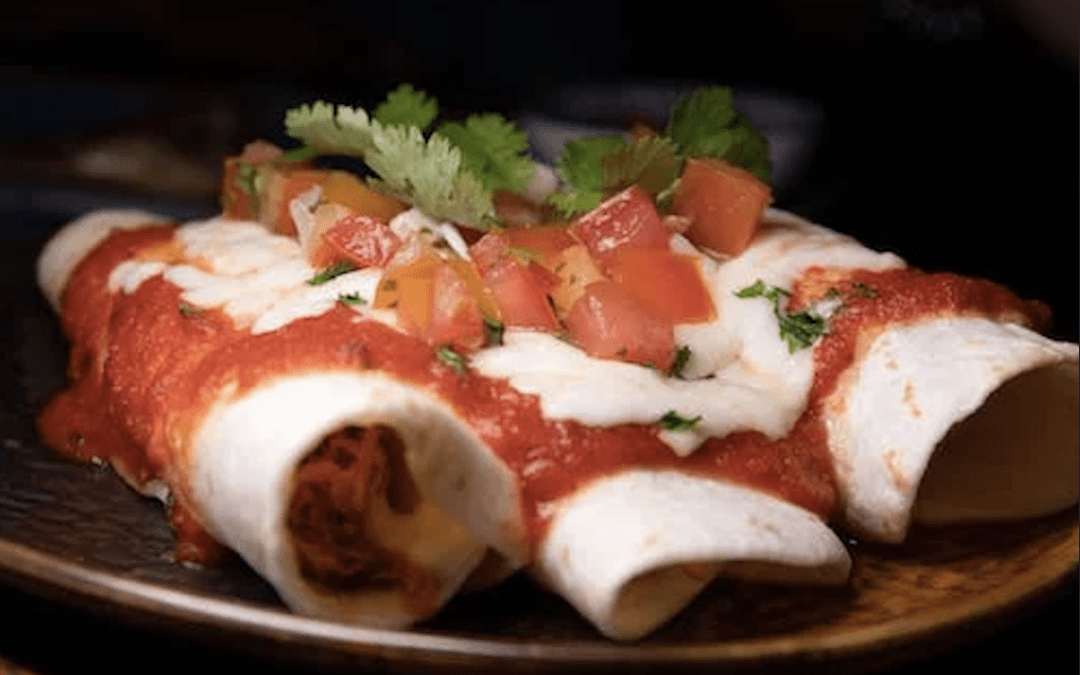 This month we celebrate our Hispanic friends during Hispanic Heritage Month. Thank you you @normasolarte for this important reminder!!

“Each year, Americans observe National Hispanic Heritage Month from September 15 to October 15, by celebrating the histories, cultures and contributions of American citizens whose ancestors came from Spain, Mexico, the Caribbean and Central and South America.” Source. https://www.census.gov/newsroom/stories/hispanic-heritage-month.html

The Aztecs were thought to be the first ones to develop the enchilada’s we know of today. These early dishes were praised by nobility, but also enjoyed by the rest of the country. The word Enchiladas means “seasoned with peppers or chilies.” The sauce usually consists of chilies, tomatoes and spices. The green ones actually pack more heat than the red ones. Like a lot of Mexican cuisine, they are made by wrapping a tortilla around food. In the case of enchiladas it’s a corn tortilla wrapped around a myriad of ingredients including; beans, corn, spinach, squash, onions, broccoli and a sprinkle of vegan Mexican style cheese.

The difference between an enchilada and a burrito is that enchiladas require baking as part of their preparation, and they are slimmer than burritos. In New Mexico because they often use blue corn tortillas and they are harder to roll, their enchiladas are stacked. They are layered with food in-between each layer which almost gives them a lasagna-like look and feel.

Enchiladas, especially those packed with meat and cheese are loaded with fat and calories, especially saturated fat.  One enchilada may contain as much as 55% of the daily recommended amount of saturated fat and a bucket-load of salt.

This recipe is low in fat and salt and incredibly high in fiber, Vitamin A and Vitamin C.  It is also an excellent source of folate, calcium, iron and magnesium!

* Percent Daily Values are based on a 2,000 calorie diet. Your daily values may be higher or lower depending on your calorie needs.